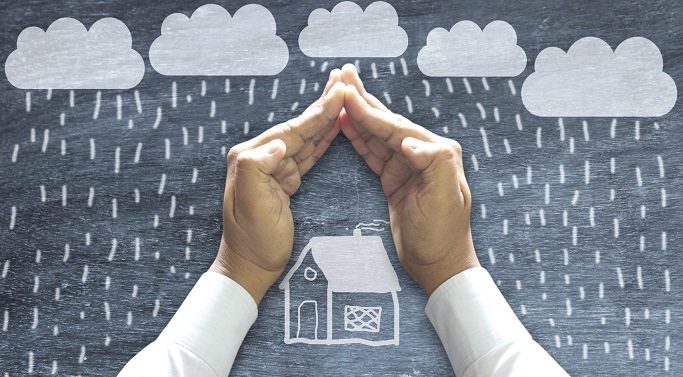 For most people, the word “insurance” brings to mind mixed feelings and memories. It seems that we are constantly paying premiums and dare not miss a beat, but when the time comes to collect, there always seems to be at minimum a deluge of red tape and in worst case scenarios (which happen more often than not) the words “this is not covered” rings out.

The fallacy of insurance is the idea that with insurance you don’t pay.  Don’t fool yourselves! You end up paying every dime over time due to increased premiums. Insurance is not getting your repairs done for free. Insurance is not having to come up with a large out lay of cash up front. This in itself may be worthwhile, although, you probably could have easily added that cash out lay under your existing mortgage, and today, probably at a lot cheaper rate.

For condominiums the above plays out with far more complications. Let’s examine these complications – as they pertain to condo management.

The Condominium Act requires the condominium corporation to carry basic property insurance for all owners. This extends to lockers and parking spots. This is probably because the Act recognizes that there is a negative impact on neighbouring units when damage after loss is not completed due to lack of coverage. It also recognizes that it would be an administrative nightmare for the condominium’s management team to track down and manage all owners to ensure that they have insurance.

Thus the Act places the responsibility to carry coverage on the shoulders of the condominium corporation. However, this is where the problems start.

While the Act requires the condominium to carry coverage it certainly does not require the condominium to carry insurance to cover neglect or lack of proper maintenance by an owner. Therefore, when an owner does not fix a leaking toilet or hot water tank, or maintain proper caulking around their tub, or replace a blown off shingle/s on their roof (assuming that the roof is part of the owner’s responsibility), or if the owner turns off their heat during the winter because they are going away for a few days or weeks; under these circumstances the condominium insurance is certainly not responsible for the after-loss damages.

Why not, one may ask? Well, we all know that insurance premiums are directly tied to claims. It wouldn’t be fair that all other unit owners be subjected to higher common element fees as a result of higher insurance premiums just because of the actions or inaction of one owner.

The intent of the Act certainly was not to create unnecessary hardship, an unfair situation, or an oppressive situation for other owners. It is for this reason that the Act specifically excludes the requirement for the condominium corporation to carry insurance coverage for personal upgrades and personal contents. (ie: changing laminate countertops to granite countertops) This also extends to lockers and parking spots. Therefore, lack of maintenance falls under the same spirit and intent and is therefore also not the condominium corporation’s responsibility.

Now let’s look more specifically at what is required by the condominium corporation.

The first thing to understand is that while condominium’s governing documents such as the declaration, by-laws, and rules are in general quite similar, there are specific differences between each condominium corporation, so it is important that each condominium is familiar with what its declaration states.

The Condominium Act 2001 granted authority to the owners of condominium corporations to pass a standard unit by-law and/or and insurance deductible bylaw. This is a topic for another discussion.

Notwithstanding the above, most declarations state that the condominium corporation is not responsible for damages due to negligence (such as in the scenarios noted above). However, most declarations also state that owners shall be responsible for all damages caused by the failure of the owner to maintain and repair his unit, save and except where coverage for same “may” be recovered under the corporation’s insurance policy. The operative word here is “may”.

Therefore, the board is responsible for determining whether or not damages caused are the owner or the condominium corporation responsibility. This allows the board to assume responsibility under the corporation’s insurance for items that an owner obviously cannot maintain. A good example would be an exterior water main located on a townhouse driveway. There is no way that an owner could be expected to maintain a pipe located five to six feet underground even though technically it may be their responsibility. However it is imperative that the board is consistent with their determination.

Most declarations also have a clause holding the unit owner responsible for all increases to the condominium corporation’s insurance premium as a result of processing a claim on their behalf, and this is transferred to all future purchaser/s of that unit indefinitely. Some argue that it is only until such time as COLA catches up with that cost. Regardless most owners would opt to process the claim in question under their own insurance rather than create a huge impediment that would later be an obstacle in selling their unit.

Next week we’ll talk about how condominiums should ensure that they have passed insurance deductible and unit boundary by-laws.