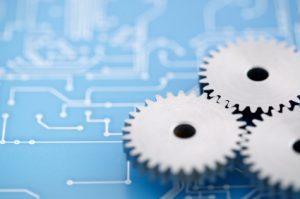 BEHIND THE VEIL OF INSURANCE BY-LAWS

Section 56h of the condominium act conveys the authority for condos to pass a standard unit by-law which basically would establish what constitutes a standard unit for the purpose of determining the responsibility for repairs after damage.

The purpose of this by-law is to establish clarity with regard to who is responsible for costs incurred caused by an insurable loss. An insurable loss is an occurrence that is out of the control of the individual or entity. Insurable loss is not lack on maintenance. So for example, if your roof shingles are beyond its useful life and nothing is done about it and then a roof leak occurs; it is unlikely that any insurance company will cover the cost to repair the damages caused by the roof leak. Another fallacy is that the item that failed would be repaired or replaced by the insurance company. This is not so. The insurance company will only replace the damage/s that was caused. It will not repair or replace the failed component. So the shingles that has passed its useful life would not be covered. Furthermore, there is also the possibility that the insurance may not even cover the resulting damage because there was a failure to maintain that caused the problem to start with.

As mentioned in our prior posting; the act requires the condominium corporation to carry basic coverage which means that anyone who has upgraded any of the unit’s components, those upgrades would not be covered but the cost to replace the component back to the original basic state would be covered.

Now let’s move on to the second insurance option which is the insurance deductible by-law.

Section 105 (2) states that if an owner through act or omission causes damage to their unit, the amount that is the lesser of the cost of repairing  the damage and the deductible limit of the insurance policy obtained by the corporation shall be added to the common expenses payable for the owners unit.

Basically what this is saying is that if through negligence of an owner an insurable loss occurs, the corporation would have the authority to back charge to the unit owner that caused the insurable loss costs up to the limit of the insurance deductible only. Therefore, the higher the deductible the more of the cost to repair can be back charged to the unit. Concavely, the lower the deductible, the higher the cost would be to the condominium corporation.

For condominium corporations whose by-laws are open to interpretation, it is best practice that they pass the insurance deductible by-law, thereby clarifying exactly how much will be back charged to the unit by setting the deductible at an amount that they see fit. We have seen condominium corporations increase their insurance deductible to $10,000 or even $50,000. The caution here is to ensure that owners are then carrying proper insurance. The best place / time  to do this is in the status certificate so that not only new owners are informed in advance but also the mortgagee is notified of this in advance and usually the mortgagee will ensure that the owner has purchased proper insurance.

In today’s market with housing prices soaring, it is quite likely that there would be enough equity to be able to add the insurance deductible back charge to the unit. However, if this equity has been otherwise utilized or is just not there, the owner is at grave risk of losing their unit. However, it is best practice to ensure that as a condominium owner you are carrying the appropriate insurance!!

Want to read more about insurance in condominiums?  Check out our first article looking at the subject.